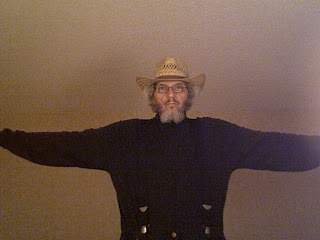 Greetings. I'd like to add something to my former comments about earthquakes. There is something you can do now especially those of you living in earthquake zones who may have attempted and/or accomplished True Magic. So I'm speaking especially to you but I'm not going to leave anybody out.

If you haven't done True Magic before then I want to give you a Living Prayer that may help. It may not stop earthquakes where you live but it might make it possible for them to be much much smaller and more frequent which would be good if they were at about two or three on the measurement scale - then you wouldn't notice those even if they happened on a regular basis and even if they were bigger, say four for example, if it happened smoothly and gently it wouldn't be quite so bad as the abrupt extreme kind - you know what I'm talking about.

Now for those of you who do True Magic as you can study here or also here or have attempted that then I recommend that you find if you can an area where you know there's an earthquake zone. If you cannot find it then simply go out and stand on the land in a place where you know you're welcome* and do the following.

First stand and face the north**. If you're doing this in the daytime then that's the best way but if you must do it at night then follow along and just substitute the moon for the sun alright?

Then say, "I am asking that Mother Earth's oil and other liquids permeate her earthquake zones and other places she may have to move her body and for that permeation to allow her to move her body gently and more smoothly now in the most benevolent way for all beings."

After you say that wait for a moment, just pause. If you feel energy wait until it passes. You might feel it as a warmth in your body or a tingling, just wait till it passes. Then - gradually after it passes - then allow your arms to gradually move back down so that they're facing the sides of your body - alright. Just straight down, letting your arms hang down with your palms facing your body.

That's what I recommend to help earthquakes to be less powerful or smoother or very frequent but very small in scale. Goodlife.

This is what I recommend. Go outside if you can and as always try not to wear shoes that are insulating you - keeping your energy, you understand, from moving into the ground. If you need to wear shoes try to wear something that is made of a natural fiber - even leather, that's fine but not plastic or rubber - not an insulating material.

Then go out on the land someplace. And remember - always to go someplace where you feel safe including your own backyard if that is a place to feel safe but if you go out in the country or someplace else always do these things someplace where you have permission - that's important - so that you can feel safe and so that those who may have some claim to the land upon which you are standing will be comfortable with your presence.

Great complementary follow up to your previous post.
Definetly something I'll give a try when I get the chance...It's a little bit hard to find a quiet place around here (people tend to live on top of each other, that's why earthquakes can be so destructive around here)...I know a few "magic spots" but I might need to go there at night (it's ok, I like the night's energy & feel).

As always, I so appreciate your posts, Robert!
Thank you!

Greetings Alchemille, I'm glad to hear you may be able to sustain through support the area in which you live. I know you're already involved in a great deal of service as well.

Hi Margie, good to hear from you. Always good to enjoy your visits here.

Thank you, Robby! Will do. Goodlife