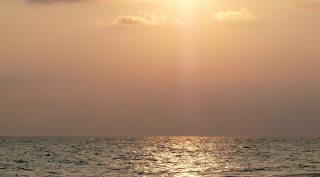 Now you know, there are times I’ve encouraged you as well as posting videos by Grandfather that pretty much constantly encouraged you to try and be in a benevolent place of being within yourself as in trying to focus and practice *optimism.
There’s a reason, especially in these times that are sometimes chaotic. If you can, do that kind of thing - focus being in a benevolent place - focus feeling optimistic while just being yourself without thinking too much. What you might experience from time to time is Benevolent Re-Creation.
What happens is that as time goes on, and the world around you might have moments of chaos and not necessarily destructive chaos but just overwhelming chaos, you may have moments when things re-create themselves.
It might be something little. Perhaps something falls out of your hand into a place that you really can’t reach plus it’s not a place that you normally are in and you are just sad and wish you still had it. It’s not a matter of urgency - not a engagement ring or anything really important, just something that you wish you still had but you don’t so you let it go and go on with your life.
You might even say, “Well, too bad” but later on you happen to glance in your purse or you happen to feel something in your pocket and you reach down and there it is.
This is a form of Benevolent Re-Creation. It’s not something that you can consciously do, as in - now I’m going to re-create that in my pocket or in my purse - no. It’s something that just happens because of the way you **feel.
For some of you this could happen in the early morning if you have awakened without any pandemonium - meaning no alarm clock ringing or kids or dogs jumping on the bed - alright - but you just wake up quietly and in those first few minutes or so you tend to have a form of connection to the deep sleep state and in a deep sleep state you are your actual self - your immortal personality also known as your soul and so things happen there that you would consider magic otherwise but what you do is you simply experience the deep sleep state creation as part of your day-to-day physical life.
As I say, this is most likely to happen after sleep or even a nap where you got in deep sleep and recall something - a dream, perhaps a pleasant one and then something like this could happen.
I just wan’t to let you know that in these times as busy as they might be you could also have good things that happen unexpectedly.
If it doesn’t happen on its own and you would like it or need it to happen or even just to alter and be better you could try this. First do the preamble request. After that make the following request: “I am asking that reality be re-created in the most benevolent way for me now.”
That’s what I recommend. Goodlife

——————————————
*The goal is to consciously create during optimism as an emotional and primarily physical feeling. This means you’ll need to be doing more than one thing in that moment. Focusing and being optimism while you request a Benevolent Magic, True Magic or Living Prayer.
——————————


**letting go completely and often completely forgetting about it.
Posted by Robert Shapiro at 4:05 PM No comments:

Minor Changes on My Blogs

Laws have changed in the European Union that have to do with some elements on my blogs, so I’ve removed those elements to comply. I hope these removals haven’t inconvenienced you. Do know that I welcome you all to read these blogs. Goodlife
Posted by Robert Shapiro at 9:32 PM No comments:

Benevolent Magic to Influence Your Surroundings 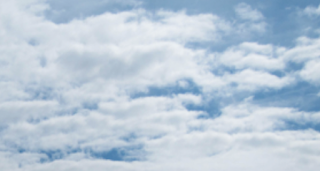 I know many of you are concerned about the status of your community or your state or your country and this is not unreasonable, this concern. So I’m going to recommend the following Benevolent Magic and this is what to do.
First say, “I am asking that all the most benevolent energies that are available for me be all around me and all about me now.”
Then pause. Most of you will feel an energy come up. When it starts to fade a little bit then say, “I request that all life around me and that I experience as I go about my life be safe, benevolent and comfortable in the most benevolent way for me resulting in the most benevolent outcome for me now.”
Now you might wonder why I’m recommending a Benevolent Magic since it’s done for an individual but you see, the way it’s stated will tend to include others.
If it’s benevolent for you, it will be benevolent in your immediate circle, meaning say around 10 or 20 feet (3 to 6 meters) around you, usually no more than that but then - it will have that influence on others as well as for you. That’s what I recommend. Goodlife
Posted by Robert Shapiro at 11:23 AM No comments: