Finding That Steadiness Within 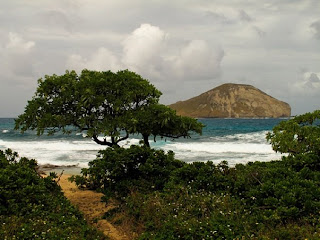 I know many of you are concerned about the situation in the Middle East but it's really part of a larger picture isn't it.

There are too many demands on too many people. Some are being expected to give things up that are near and dear. Some are expected to take on more and more and more until the breaking point. Some are simply ignored, others are shunned. This is, to a large degree, happening all over the world in many places and in many circumstances.

Sometimes it doesn't get reported but people in various areas know somethings going on and it amounts to this simple fact - that people are not being allowed to be people. They're not being allowed to be their normal natural selves. They're being discouraged from showing their actual personalities even though their opinions one day might be completely different the next day.

It's being demanded of many people that they be one thing all the time. Partially this is due to the fact that other people who may be making these demands are so overwhelmed themselves that they want to have something external to themselves that is absolutely the same that they can latch onto and say - okay, this is my rock for these shaky times.

We need to find that rock other places. I recommend finding it as something that is literally a rock, a boulder, a mountain. It is something from time immemorial that when people are overwhelmed for this or that reason that they always return to nature.

Find a place wherever you live that you can say - this is the land of Mother Earth and stand there if you can or look at it trying to keep as little that is man-made between your eyes - meaning your point of where you are standing yes, your point of view - and what it is you are looking at that you can say, "This is Earth" and nothing else.

You don't have to consider it scientifically, just look at it as something that is real. That rock and that natural thing.

If you are out on the land, perhaps you're able to drive out or someone takes you there, that is even better but if you are someplace where you cannot go past that point then look at the land. If you can't see the land then as a last resort it is perfectly alright to look at the sky, at the clouds. That's part of Mother Earth too.

Say, "This is real. I can depend upon it and if I am ever at a loss to find that rock within myself I will look at some part of Mother Earth and know that this I can count on. It will be there and I can believe in that."

I'm not saying to give up your religion, your belief in Creator in what ever way you have but as human beings we need something physical - something we can count on. Something yes, that we can touch because our beliefs no matter how dear to us are not always physical are they.

They are thoughts we may hold dear to ourselves - spirit yes, we love and cherish and yet we do need that physical contact with something that we know is there and that we can count on to be there.

Towards that end when those moments of overwhelm come up or when the opportunity to be in contact with Mother Earth or look at Mother Earth is presented lets remember to say this simple Living Prayer, first asking for all the most benevolent energies that are available for you to be all around you and all about you.

Then say, "I am asking that all within me that is in tumult be calmed by the physical presence and eternal physicality of Mother Earth and that my status as an Earth Person makes this a part of my being that I know I can count on and that I can release my friends, family, loved ones and those I admire from being this rock for me - that I will be my own rock united with Mother Earth to keep me steady and to remind me who I am, that I am of value and that Creator supports my existence with Mother Earth and eternity."

Goodlife to you all and goodnight.

I've been talking for some time now on this site and on several of my others about Living Prayer, Benevolent Magic, True Magic and other forms of requests and interactions with all life.

Remember when what you have asked for, for yourself or for friends or family or for people in general or others, when these requests are even partially fulfilled and especially if it is noticeably so - meaning it comes to your attention in one way or another - be sure always to pause when that realization touches you and to say thank you.

Remember who you asked and who it might cover. You might be thanking the tiniest particles or the most massive beings. So make your thank you a heartfelt demonstration of your actual feelings. Wait until you feel thankful and then say - thank you.

You can keep it simple. You can perhaps at times have pictures that come up or simple cognizance of what may be eligible for your thanks. Other times you will simply say your thank-yous to the world of all beings at large - that's alright too.

It's not that you owe anyone anything - it is a matter of politeness not unlike opening a door for someone and them casually saying thank you and going through or having dropped something and someone rushing by stops, picks it up and hands it to you. Of course you say thank you. Sometimes they've already rushed by but you say it anyway. It's a matter of being polite.

It's not necessarily for them, it's an acknowledgment by you about something that is a good experience that you've had and you're acknowledging it to life at large. So this is always good to do when it is something you are thankful for.

I'm not trying to teach manners here, just a simple suggestion and perhaps as you might say - a follow-up. Goodlife to you all and goodnight.
Posted by Robert Shapiro at 5:38 PM No comments: